Anyone who says they cannot see a thought

“Unnoticed” (Watercolor) What is unnoticed? Scroll down to the bottom of the page for a description of the iconography.

Monoprint, Master Stance ~ in private collection (commissioned for a grandson)

Watercolor, I Found My Center ~ AVAILABLE

“All art is illusion since it is a (mis)representation of reality in some way–unless you consider it as a physical object in its own right (a bit of paper or canvas, some pigment or emulsion). But the art always stands for something else, and it can never be that thing entirely.“—Bob Cornelis

Shortly after divorcing Diego Rivera at his behest in 1939, Frida Khalo’s doctor, Henriette Begun, wrote in her medical report that “Her [Frida’s] despair is leading her to drink heavily.”  Decidedly, Khalo’s divorce from Rivera triggered extreme emotional pain.  In her own words, Khalo wrote, “I drank to drown my sorrows, but the damned things learned how to swim.”  Traté de ahogar mis penas…pero las condenadas aprendieron a nadir.” It is not surprising that she would drown herself in drink, considering she told Rivera “I can’t live if living is without you.”  It was her art that saved her from this period of heartache.

This surrealistic watercolor “Unnoticed” draws on this period of her life.  Some symbols represent this period:  (1) Rivera in the glass of bourbon the primary cause of her drinking; (2) love affair with Josephine Baker in Paris, (3) chain-smoking, and (4) a steady diet of candy.  The three nails, however, represent miscarriages she experienced.  Then her beloved father’s death in 1941.

In addition, “Unnoticed” touches on whether or not Kahlo was left-handed.  According to Andrea Kettenmann’s Frida Kahlo, 1907-1954:  Pain and Passion, it is surmised that, since “Kahlo kept a number of mirrors positioned around her easel..[she].. appeared holding her pencil in her left hand, although in reality she painted and drew with right hand.”  Nonetheless, in photographs, she is captured smoking, as well as holding a bowl-shaped goblet, with her left hand.  Frida, discouraged from using her left hand by Catholic schooling, had to learn to write and eventually paint with the right hand.  She never abandoned the use of the left hand, becoming ambidextrous.  Childhood portraits show Kahlo holding a bouquet of flowers, a statue, a carpenter’s pencil, and eating with her left hand.  This preference was amply portrayed throughout her adult life.

Additional source:  “The Last Secret, Kahlo and the Surrealist Imaginary,” by Alyce Mahon, University of Cambridge (Journal of Surrealism and the Americas 5:1-2 (2011), 33-54)

Artist’s personal comment on the description on “Unnoticed”: One of my papers as an art history major at the University of Texas at Austin was on Frida Kahlo when there was just scant information on her in 1971. The professor refused to return the paper to me. What prompted to write about her was a small portrait of her that was hanging in one of the walls of the main library. The varnish had darken the image of her. 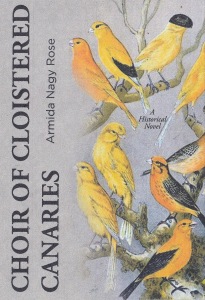 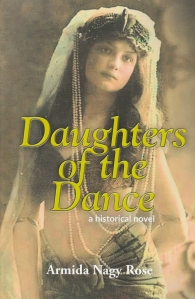 The nature of this Sumerian goddess, Inanna, is known to us today and was worshiped as the goddess of sexuality, passion, love, and war.